Color of Justice by Gary Hardwick 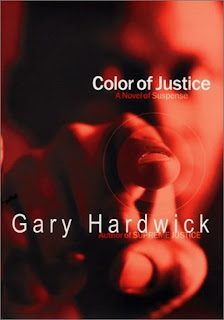 So after reviewing this book on my Goodreads account and giving it three stars, I feel like I have a less than stellar review to give it now that I've had time to marinate on it. Here we go!

Danny Kavanaugh is a white Irish Catholic detective who works in Detroit. He's dating a Black woman named Vinny and everyone says he acts like a Black man. However, when several affluent Black people are murdered, he learns first-hand how powerful and deadly the color line in the Black community truly is. 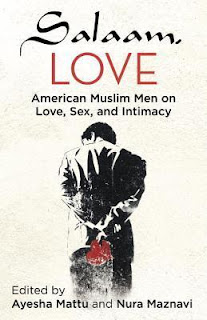 I actually finished this book last week, but was so busy with traveling and working that I didn't get a chance to write a review on it.

Let's just jump into it shall we?

Here's a quick story on how I came across this book.

I was in Boston with my fiancé visiting his sister and brother-in-law last year. I was extremely nervous as this was my first time meeting them in-person, but it all went well. They live in Boston and his sister at the time was in medical school (she's now graduated and in residency, woohoo!)

Anyway, they know how much I love books and so we went to the Harvard Book Store one day while my fiancé at a pub watching an Arsenal game. Left to our own devices, I ended up buying 8 books! It's not really my fault though. My fiancé left me in the hands of his sister and brother-in-law, both of whom are HUGE enablers of my book buying habit. So, it's totally his fault. 😉

While I was perusing the used book portion of the store downstairs, I came across Salaam, Love. I had read its predecessor Love, Inshallah: The Secret Love Lives of American Muslim Women and I absolutely loved it. I had no idea there was a "sequel" to it so of course I picked it up.

Is There Still Sex in the City by Candace Bushnell 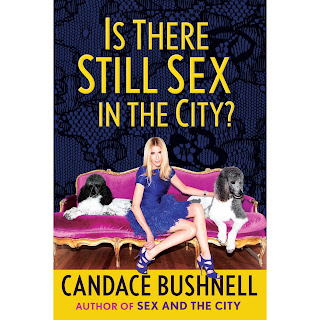 “In the middle-aged softening, you can’t really tell who was a beauty in their twenties from someone who was plain; nor can you believe that the bald guy who now looks like a potato was once a hot stud. And vice versa. He can’t believe you ever had long hair and a body someone would want to see in a bikini. In this syndrome, it’s common to go to parties and run into old friends whom you haven’t seen for a while and who don’t recognize you. Happily, you’ll find yourself able to return the favor all too often.”

Let me just preface this by saying that I'm a huge Sex and the City fan. I loved the book and the original series. No comment on the movies or the reboot And Just Like That...

I love being sucked into "rich, white people drama." It's like an escape from my daily life. Think Gossip Girl, The Hills, Sex and the City etc. I love it!

I should've known this book was going to be a mess based off the title alone. People would always say Sex in the City instead of Sex and the City. I found it peculiar that Bushnell would use the wrong title (although I know that it makes proper grammatical sense as she's posing a question). However, it just didn't sit right with me.

The original SATC book was sexy and witty.

This book on the other hand is just boring and depressing. 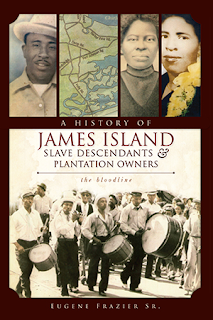 I quickly started and finished this wonderful book about the history of James Island over the weekend. I'll share a quick backstory of how I came about it. (also, quick note, if the book has an interesting story as to how I bought it, I'll always share! It'll be a mini-travelogue in book review 😇)

For my birthday in August 2020, my new boyfriend and I decided to take a trip down to Charleston. This was still in the middle of the first year of the COVID-19 pandemic and we weren't trying to get on a plane anytime soon. But I needed to go somewhere.

Every year for my birthday, I always travel...primarily to an international destination. Since that wasn't happening as the world was shut down, we decided to go to South Carolina. This was my first time visiting and I was very excited.

It was HOT but my goodness was it beautiful.

My last name is pretty unique and I knew it originated from James Island in South Carolina. I also knew that there was a street that had my last name as well, so you know I had to take a picture with it! 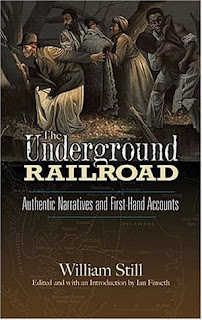 Welcome to Naomi's Global Book Nook. This is my very first post and I'm so excited to share my thoughts on this book. So let's get right into it shall we?

"What do you think of Slavery anyhow?"

"I think it's a great curse, and I think the Baptists in Richmond will go to the deepest hell, if there is any, for they are so wicked they will work you all day and part of the night, and wear cloaks and long faces, and try to get all the work out of you they can by telling you about Jesus Christ."

William Still was a born in 1821 to formerly enslaved parents. He went on to become an abolitionist, businessman and philanthropist.

He's commonly known as the "Father of the Underground Railroad," leading approximately 800 slaves to their freedom.

The Underground Railroad is a compilation of interviews and letters from the people he helped free from slavery. There's also legal texts throughout the book that gives a well-rounded view to what was going on during this time.

In the winter of 1852, Still and other  Philadelphia abolitionists,  formed a group called the General Vigilance Committee. He was the executive director and secretary. Together, they worked to keep records of the stories of slaves that escaped to the North.

The book was published shortly  after the Civil War ended and slavery was abolished. It contains stories of fear, strength, resiliency, bravery, cleverness and ultimately freedom. 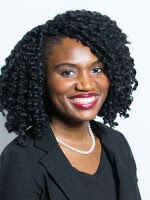 I'm Naomi and I love to read and travel. Thanks for stopping by!